Get the Rights: Permissions, Copyrights and Trademarks—Or Not

A few years back we created a website for Reform Pittsburgh Now. We had a vision of using images created by the WPA art project that depicted Pittsburgh during the growth of its industrial sector. We wrongly assumed that the rights would not be difficult to obtain. 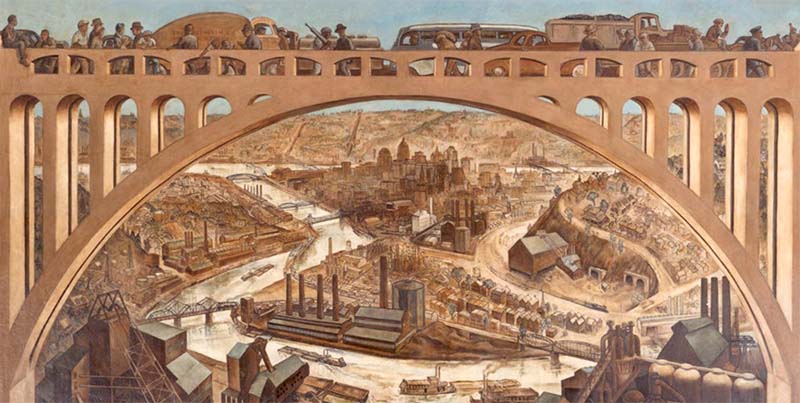 Turns out that getting the rights was easier said than done.

Because the US Postal Service now claims to own the rights to all images on the walls of post offices, we could not get the rights to use publicly-financed art that appears in public spaces. Happily, we found a wonderful public work on a PA courthouse wall and eventually got permission to use the images from the curator of exhibits for the State of Pennsylvania.

When is public art not public?

I fully support the rights of artists and companies to protect their work, but I also feel that most creative efforts are not wholly original and should not inhibit other creative expression in an effort to protect their own interests. We asked photographer Richard Kelly for his take on this issue. He told us, “Of course most art builds on the work of something else, which is why copyright protects only the unique and creative expression of an idea, not the idea itself or any of the facts. I think many people who create copyrighted works would be surprised to learn what is not copyrightable and many people who observe creativity are surprised by what is.”

The world has become trademark-crazed. Pittsburgh’s own Isley’s Klondike Bar used blue on metallic silver to market the iconic ice cream treat. After it sold the brand to Unilever, Kraft Food’s knock-off polar bear bar used blue as its official color only to be sued by Klondike. Thankfully the courts ruled that Unilever could not own the color blue. 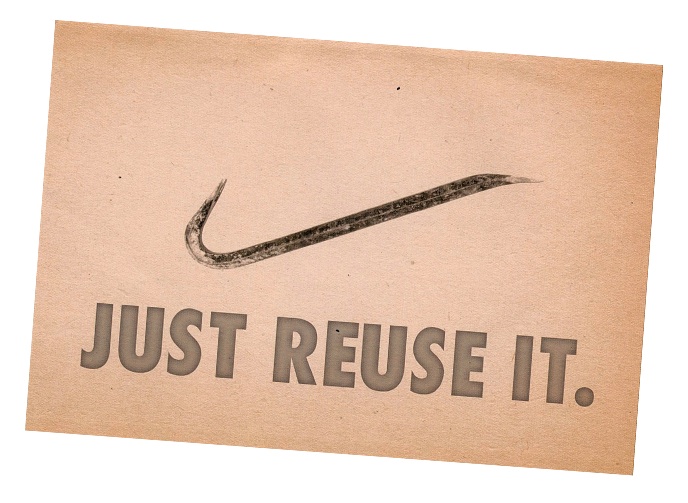 Take a hint from Construction Junction’s parody of Nike with its “Just Reuse It” campaign featuring the Nike swoosh. Or, consider the Dumb Starbucks installation in Los Angeles, which opened a store identical to Starbucks except for one small detail: the word dumb is written before every word on the menu and signage. Dumb Starbucks protected itself under Parody Law. One patron tweeted, “Go buy some @dumbstarbucks before dumb lawyers get to it.”

Maybe Dumb Starbucks is a lesson for us all.