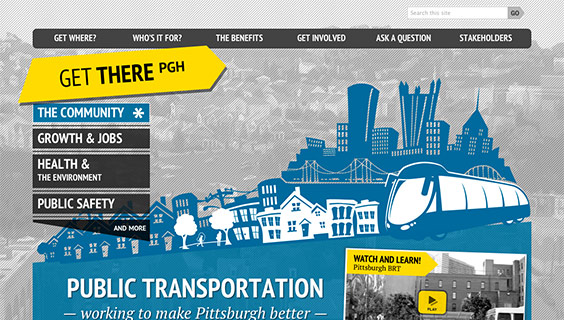 A Mark that Moves Forward

In developing the visual language for GetThere PGH, Fireman Creative developed a mark that played off of a directional road sign. The mark is the starting place for the rest of the brand identity, which symbolizes movement and progress in the realm of public transit. 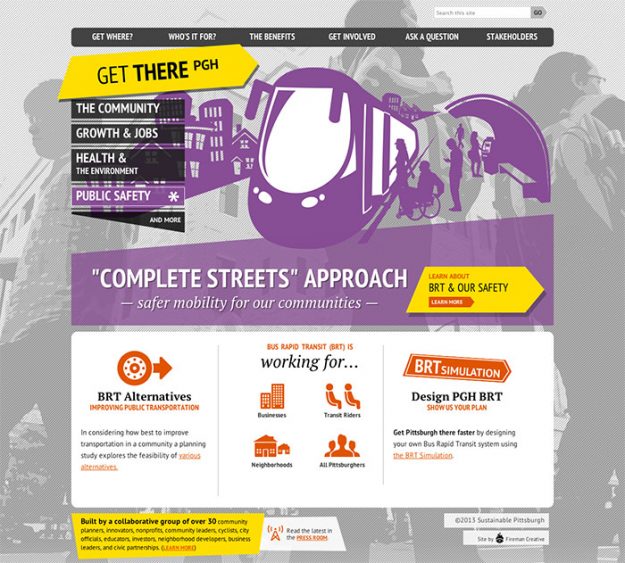 An Online Experience to Drive a Movement

At the heart of the GetTherePGH strategy was a website that offered compelling stories and visuals for how public transit can improve communities and quality of life.

GetTherePGH.org provides a mix of data and research, informational illustrations, video shorts, and social media initiatives to help people understand how their lives could be positively impacted by better public transit.

Effective communication relays its message across as many mediums as possible, so Fireman Creative crafted a series of seven digital posters to visualize the facts behind the most important transit issues to the GetTherePGH initiative.