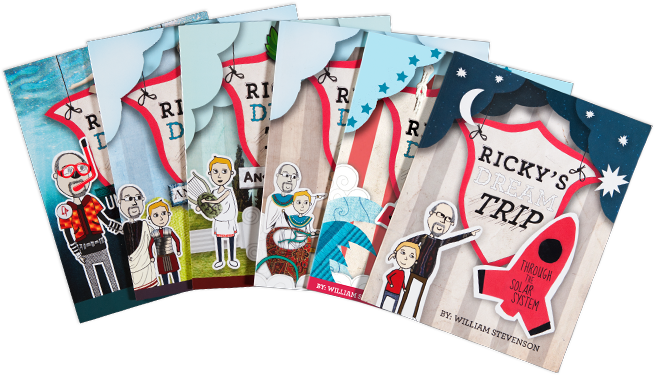 Venturing Through Time and Across the Universe 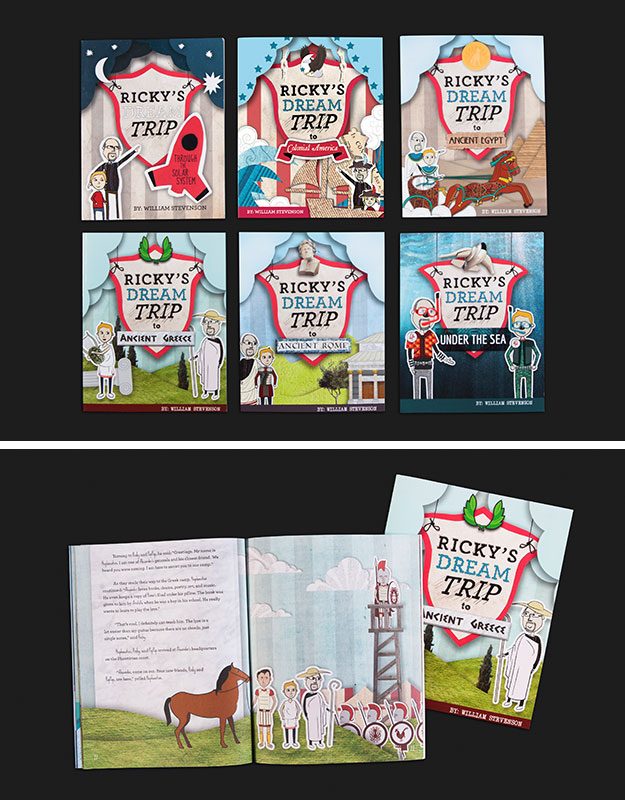 Setting the Stage for Education

When author William Stevenson first began writing educational stories about his grandson’s imaginary adventures, he knew that professional illustration and layout would be an essential component. 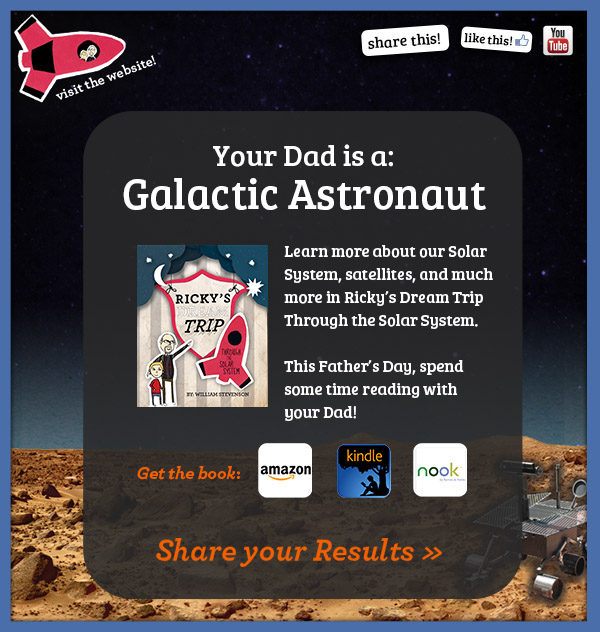 For the Father’s Day launch of the fifth Ricky’s Dream Trip, a facebook app was developed which quizzed participants about their fathers and gave out humorous results. 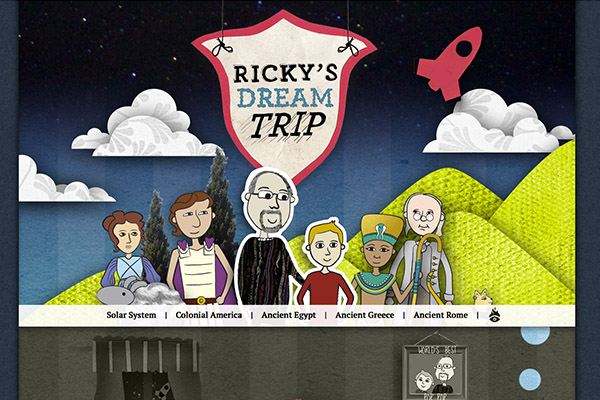 Developing the Story for Web

To aid the marketing of the book series, Fireman Creative developed a website that functions as a home for each of the books, as well as a conduit to Amazon.com and Barnes + Noble for interested customers.

The site incorporates parallax scrolling and the same bright illustrations featured in the books.