Over the weekend, George Takei, who played Hikaru Sulu in Star Trek, visited Pittsburgh and appeared at the Steel City Con in Monroeville. In a pre-show interview with the Pittsburgh City Paper, Takei told the story of how he first became interested in social media as a means of educating people about the Japanese-American internment camps of World War II. With 5.2 million likes on his Facebook and over 916,000 followers on Twitter, he’s clearly doing something right.

Takei knew that to maximize his impact, he had to broaden his audience. His followers on social media were predominantly sci-fi geeks, so he began by making entertaining comments on Star Trek and sci-fi. People liked his humor, and his fan base grew. Then, he began to post about social justice issues, like LGBT+ rights and equality after he came out in 2005 and married his long-time partner in 2008. He realized that there was a surprisingly large overlap between the LGBT+ community and Star Trek geeks, and his audience exploded. Eventually, he began posting about Japanese-American internment camps, which brought in more followers, particularly Asian Americans.

According to Takei, the secret to his success is humor, which he says brings people together. And we have to say, his Facebook page is pretty entertaining. 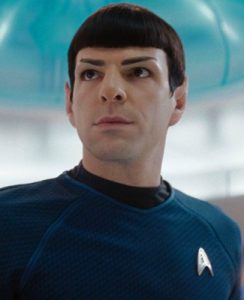 Another Gay Trekkie has made a splash on social media in recent years. After landing roles in Heroes and 24, Pittsburgh-born and raised Zachary Quinto achieved national popularity through playing Mr. Spock in the highly successful Star Trek movie released in 2009. In October of 2011, Quinto came out as gay, and his social media following derives from the same group as Takei’s: an overlap of the gay community and the Trekkie community. His posts talk about film and the arts, as well as LGBT+ issues. Quinto’s not-too-shabby 347,205 Facebook likes and 882,600 Twitter followers show that people are interested in both shared interests and shared causes.

But are there really 5 million Facebook users who follow Takei and Quinto merely because of their interest LGBT+ issues and Star Trek? This seems unlikely. Maybe there’s something more that these social media superstars are doing right, some secret ingredient for success. Are they that funny? Are fans just following the crowd? Or are these actors using some other more subtle approach?

Either way, they’re doing something right by combining lighthearted humor, causes that are important to them, and quirky interests to engage huge groups of people on social media. Sounds like a plan that even a mere earthling could adopt.